Things to do in Flanders

Boasting 40 miles of sandy beaches along its coastline, and many stunning towns and cities, the Flanders region of Belgium offers visitors the perfect European escape.

Accessible by a short drive from the port of Calais, all you need to do is pack up your car and you'll soon be exploring this diverse and fascinating destination.

There’s a whole range of things to do in Flanders for all ages, so whether you want to visit the zoo in Antwerp, discover the comic strip art of Brussels, or explore the Technopolis science museum in Mechelen, you’ll find plenty to enjoy during your trip.

Things to do in Flanders

East of Brussels lies the leafy province of Flemish-Brabant, which is less frequently visited but boasts all of the charm and picturesque scenery that Flanders is known for.

Located just 15 miles from Brussels, you will find the picturesque city of Leuven which is home to what locals call ‘The Longest Bar in the World': almost 40 bars and cafés located in the city’s Oude Market, and the perfect place to get a drink!

This isn’t the only reason why Leuven calls itself Belgium’s beer capital, as it’s also home to the world’s biggest brewery, AB In-Bev, where Stella Artois and Leffe are brewed. Don't feel like these are your only options though, as the city and its surrounding area is home to a plethora of smaller artisan craft brewers.

One of the city’s highlights is its UNESCO World Heritage Grand Beguinage, a stunning architectural complex that can't be missed. To simply get away from it all, take a walk in the nearby Heverlee Woods which are a guaranteed hit for all ages.

For something more undiscovered, the province of Limburg boasts charming retreats like Tongeren, where you will find antiques markets and Gallo-Roman museum, and Hasselt, which wows tourists with its Jenever museum and incredible dining options. 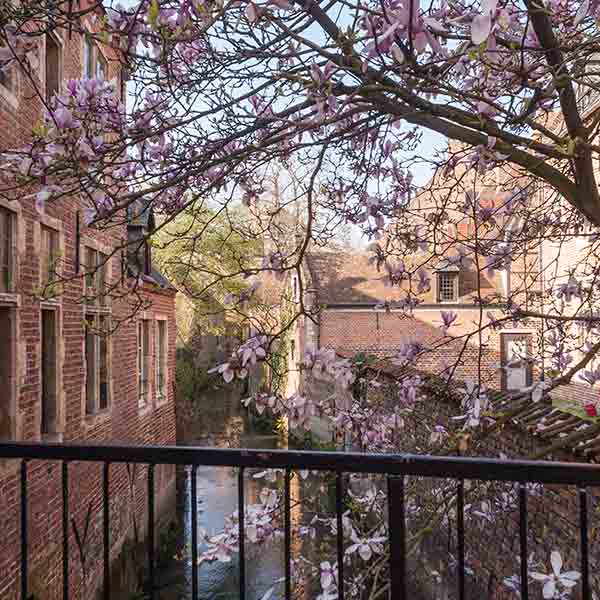 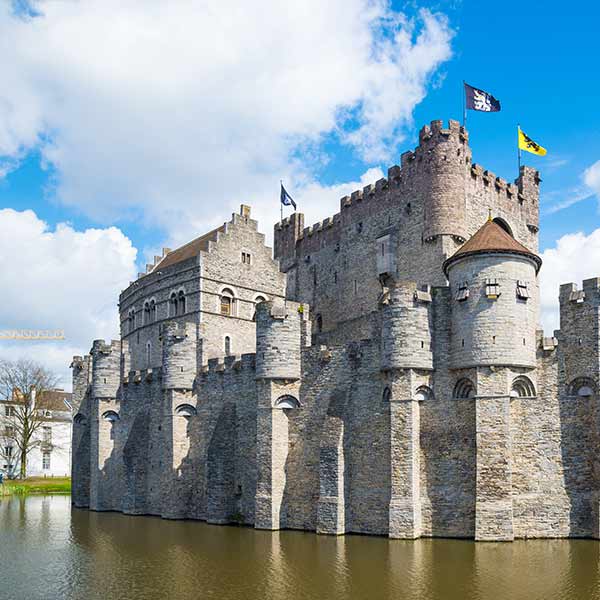 East Flanders is home to some of Belgium's largest cities, where you are sure to find plenty of things to do. Ghent is a popular choice due to its collection of early Flemish art, the striking 12th century Gravensteen Castle, a rock ‘n roll foodie scene, and a huge array of cycle lanes across the city.

In the north of Flanders, the diamond city of Antwerp attracts families from all over who come to experience its world-class zoo. As well as being one of the oldest animal parks in the world, it contains a huge reef aquarium, a brand new savannah exhibit, and everything from lions and tigers to penguins and seals.

Sandwiched between Antwerp and Brussels, Mechelen is a great place to stay in order to explore the region. The city boasts a toy museum, the Technopolis science museum, and the fabulous Planckendael animal park, so there is lots to do here before you decide to head further afield.

Places to visit in West Flanders

The coastline of Flanders boasts plenty of pristine beaches and pretty port towns, which make it a beautiful place to explore. The peaceful villages of De Panne and Nieuwpoort are especially delightful, but the true jewel of the coast is Ostend, also known as the 'City by the Sea'.

If you love history, one of the best things to do in Flanders is to head south-west to the city of Ypres where many of World War 1’s key battles were fought, and see its remarkable trench line which once reached all the way to Switzerland. Make sure to check out the Menin Gate and the rebuilt Lakenhalle (Cloth Hall) in the Grote Markt square before you depart too.

When you visit West Flanders you will also want to fit in a trip to Bruges, a truly charming city full of chocolate shops, winding streets, picturesque canals, and lively bars. Try Belgium's legendary ‘frietjes’ (or chips) at the world’s only Frietmuseum, learn all about your favourite sweet treat in the chocolate museum, and take a canal tour around the city’s peaceful waterways. 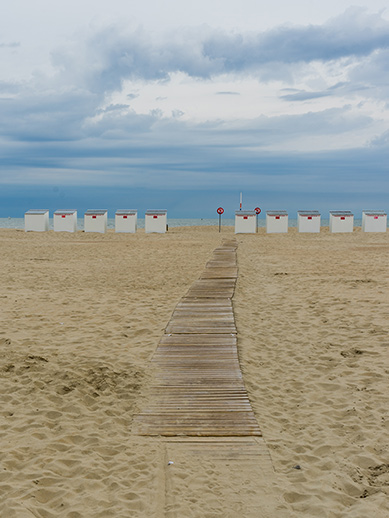 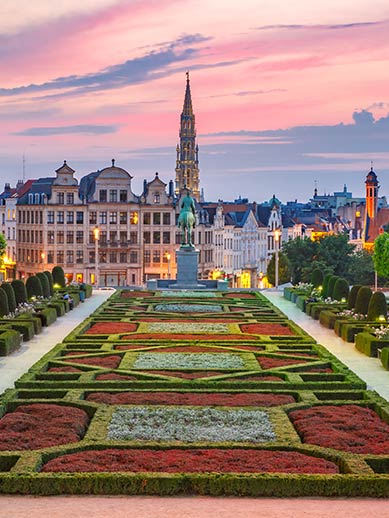 Brussels is enclaved entirely by Flanders, so visiting the Belgian capital city during your time here is very easy. See the striking Grand Place, where the fabulous architecture is an attraction in its own right, or head to Mini-Europe, which sits at the base of the iconic atom-shaped Atomium exhibition space and shows off all of Europe’s top attractions in miniature.

Other adventures include walking among dinosaur skeletons at the Royal Belgian Institute of Natural Sciences, tracing the delicious history of the cocoa bean at Choco-Story Chocolate Museum, and hunting down your favourite comic book characters, both in street art around the city and at the Belgian Comic Strip Centre.

There are loads of things to do in Flanders no matter how you like to spend your holidays, so don’t delay in booking your Dover to Calais crossing and exploring the region for yourself.

In the north of Flanders, the diamond city of Antwerp attracts families from all over who come to experience its world-class zoo. 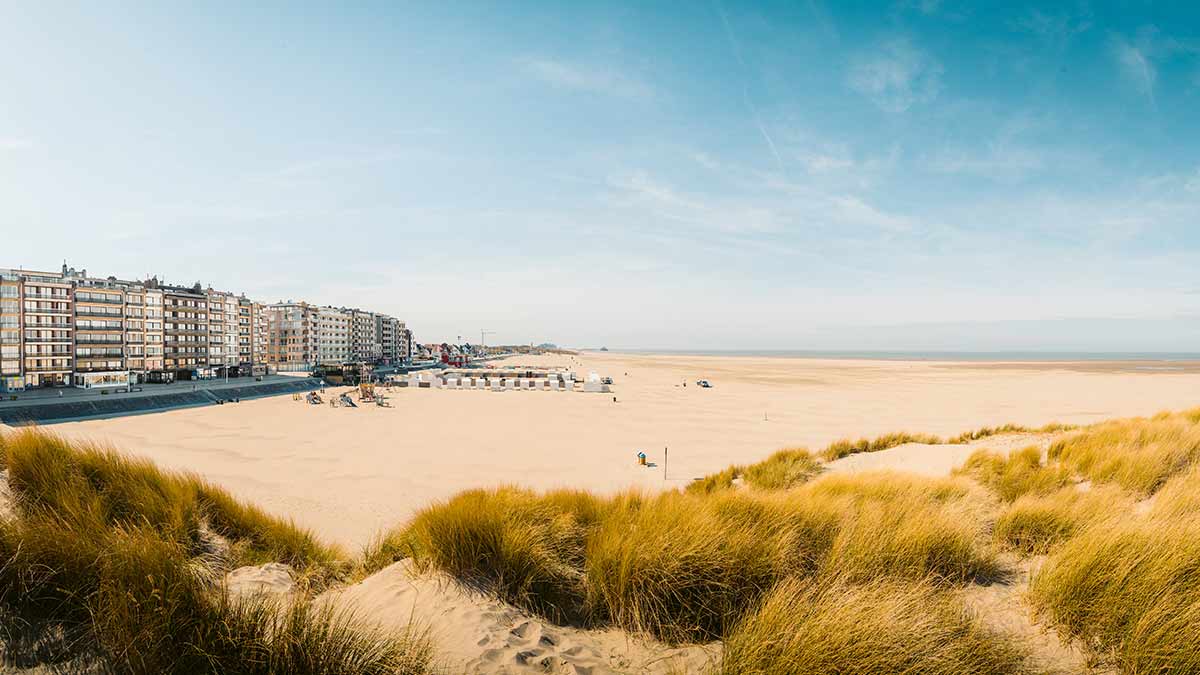 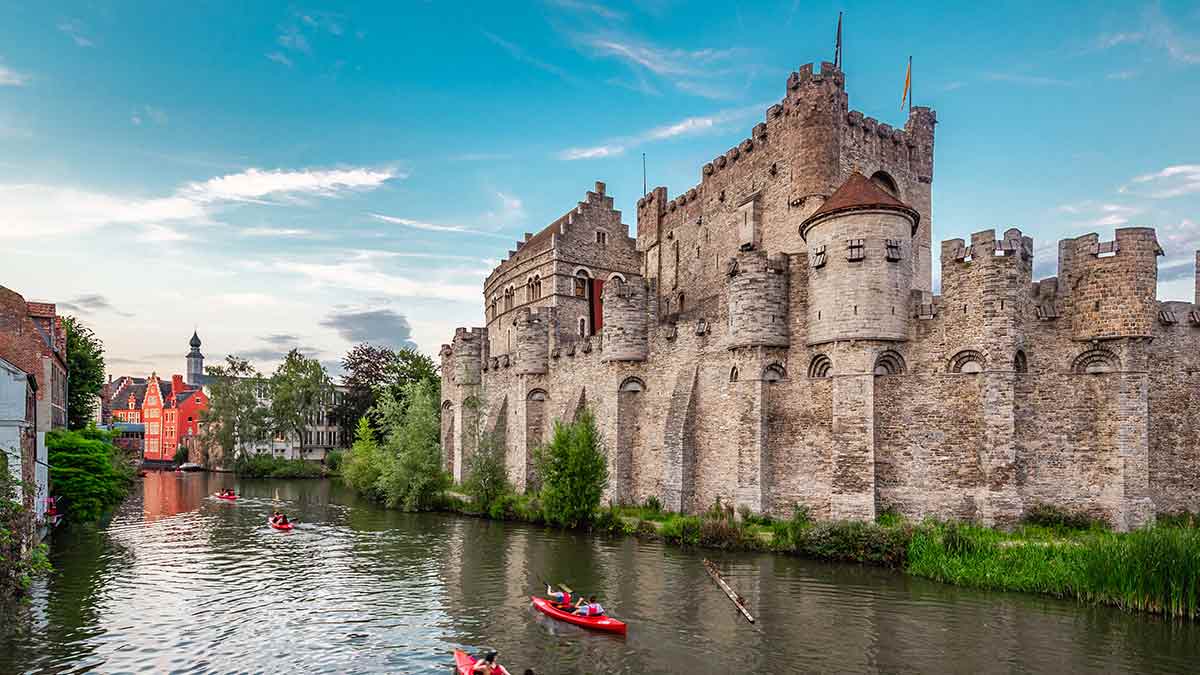 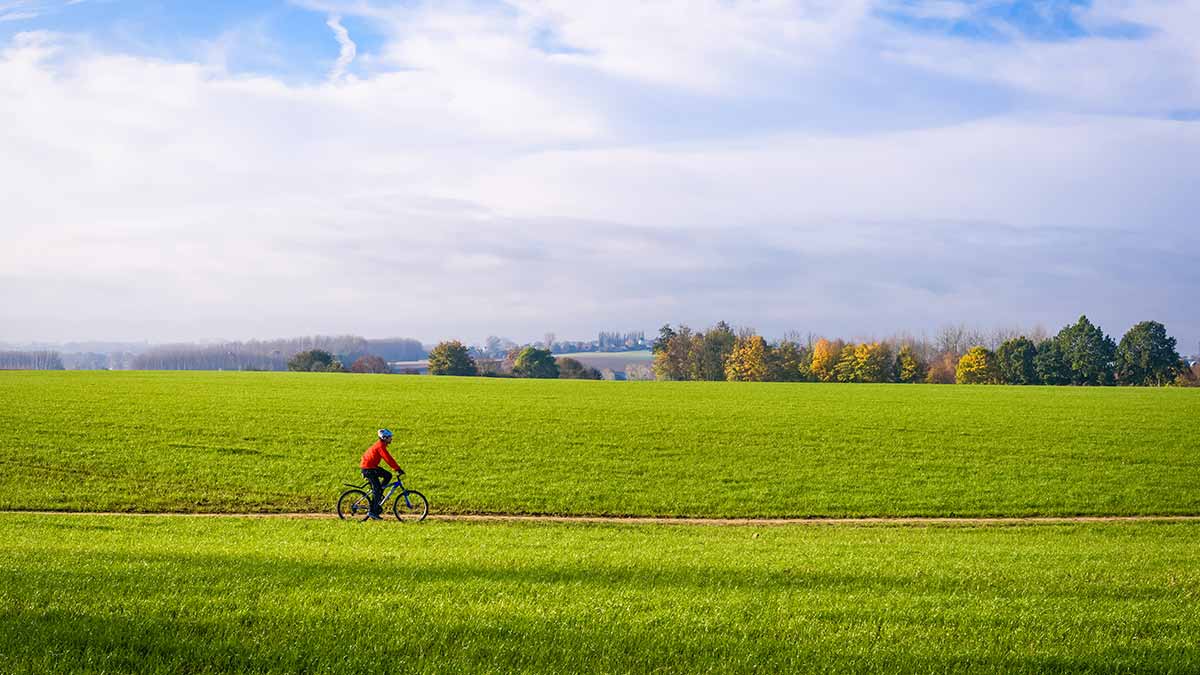 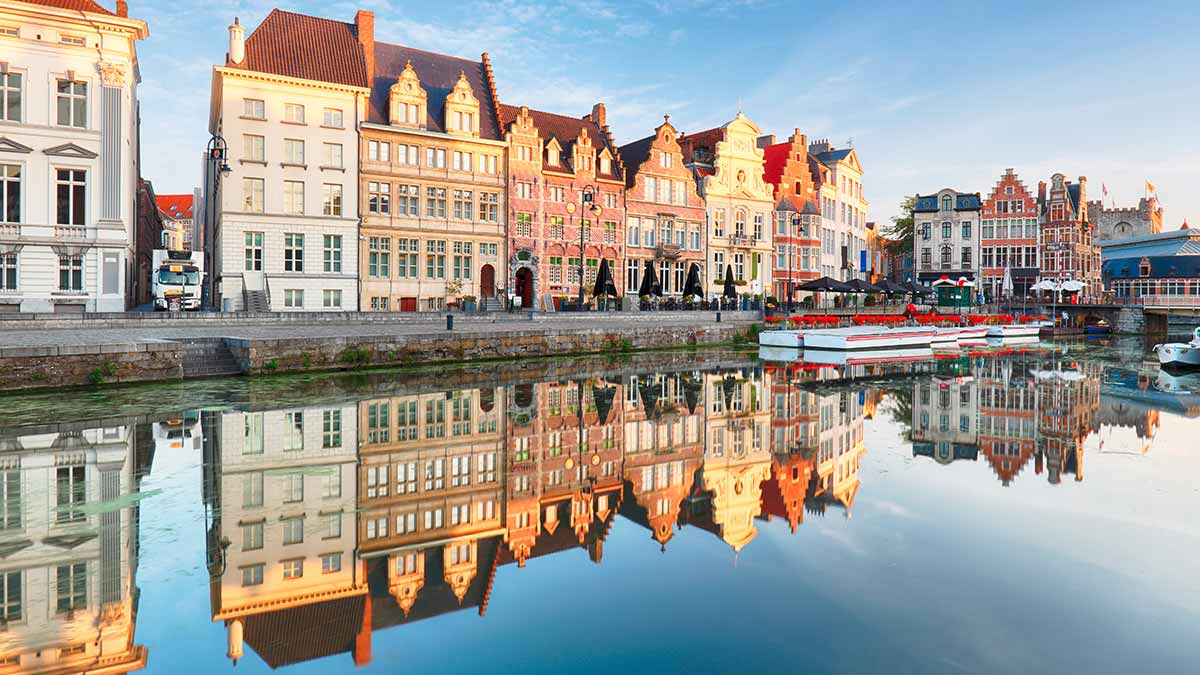 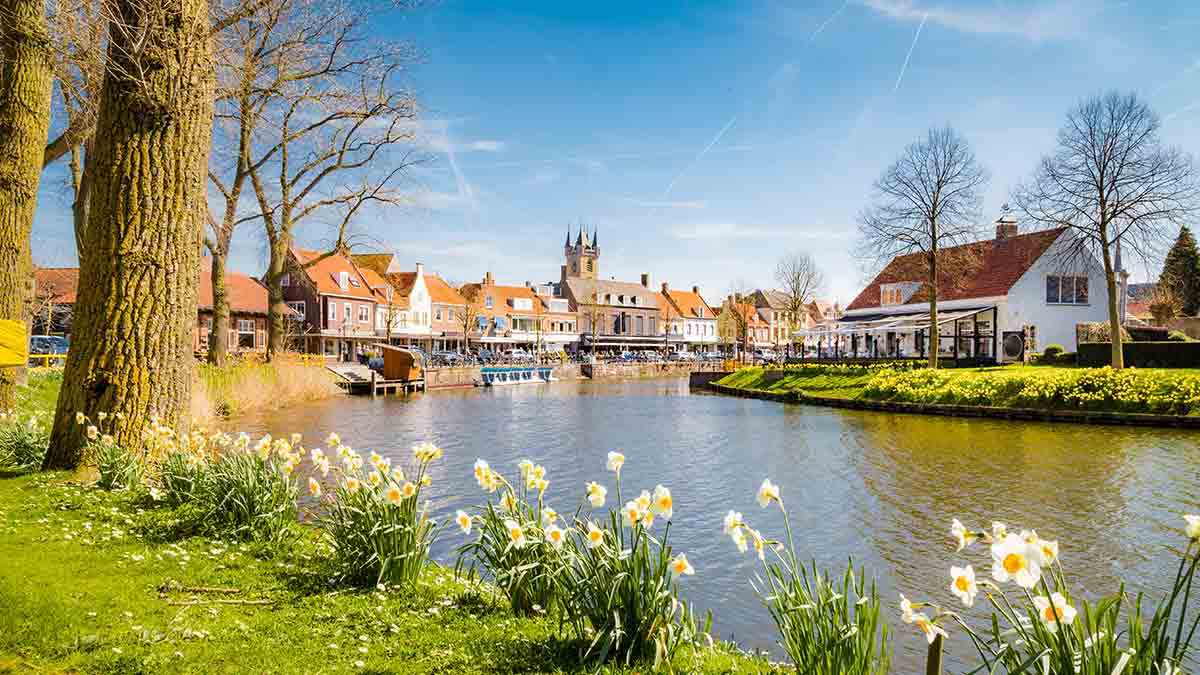 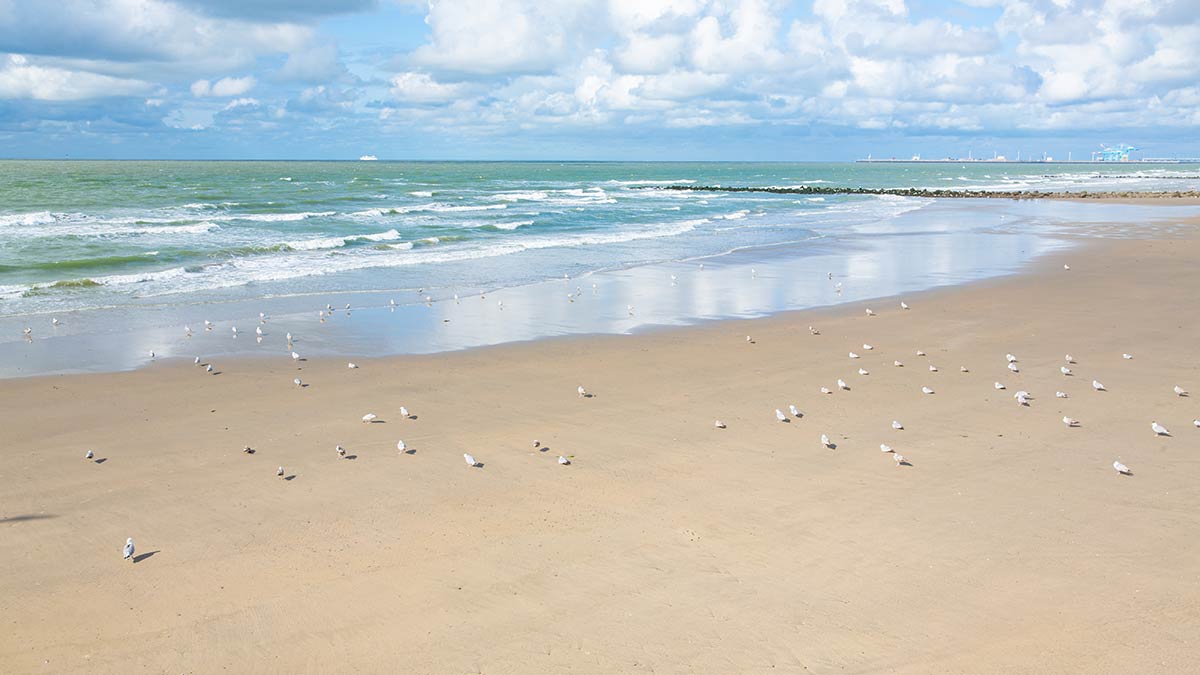 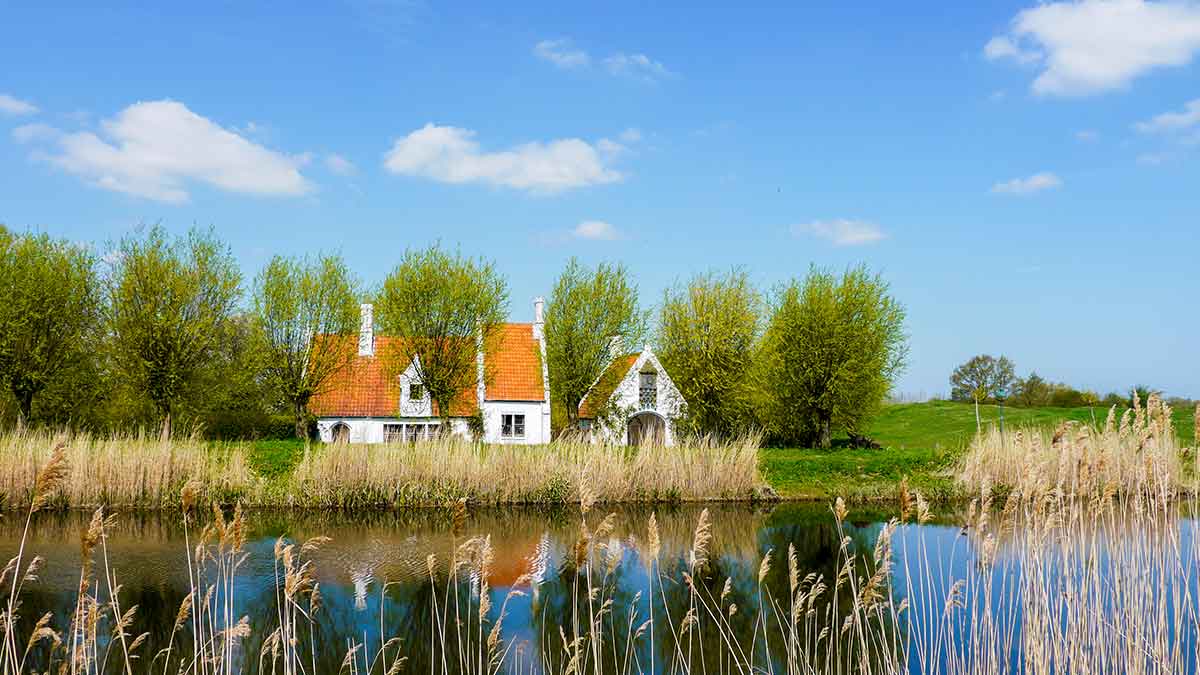 Reasons to choose a family break in Flanders Read more

Encompassing everything from the sandy beaches of Ostend to the diamond city of Antwerp and surrounding the Belgian capital of Brussels, there are plenty of reasons to choose a family break in Flanders. 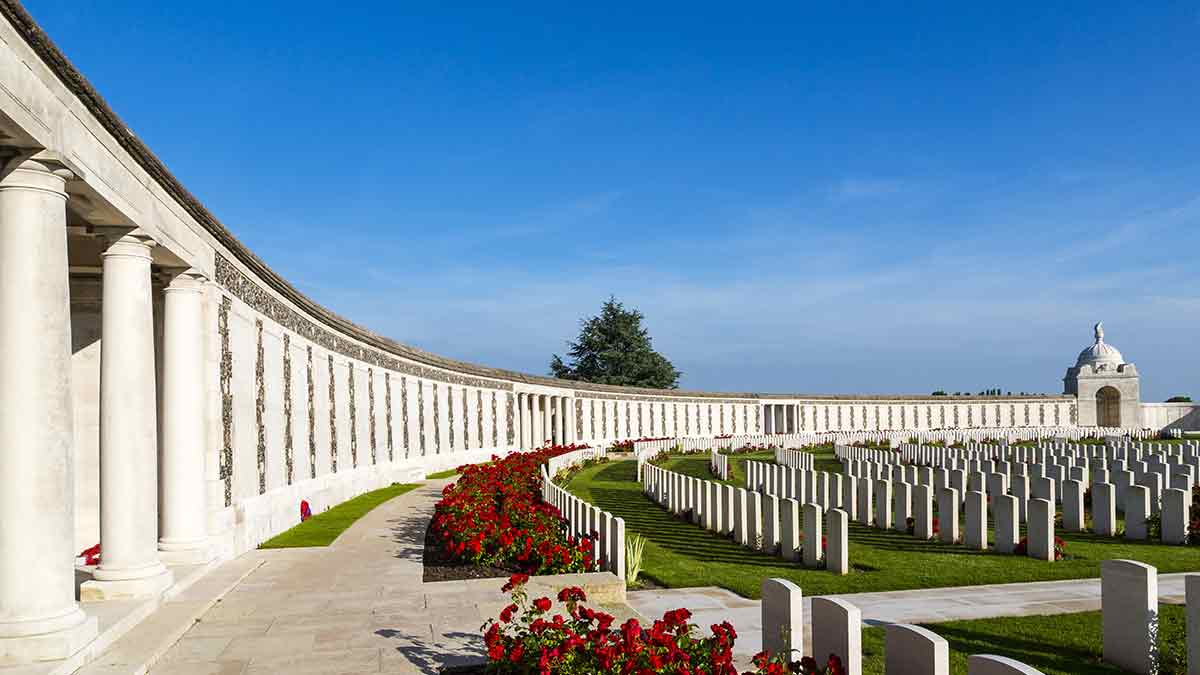 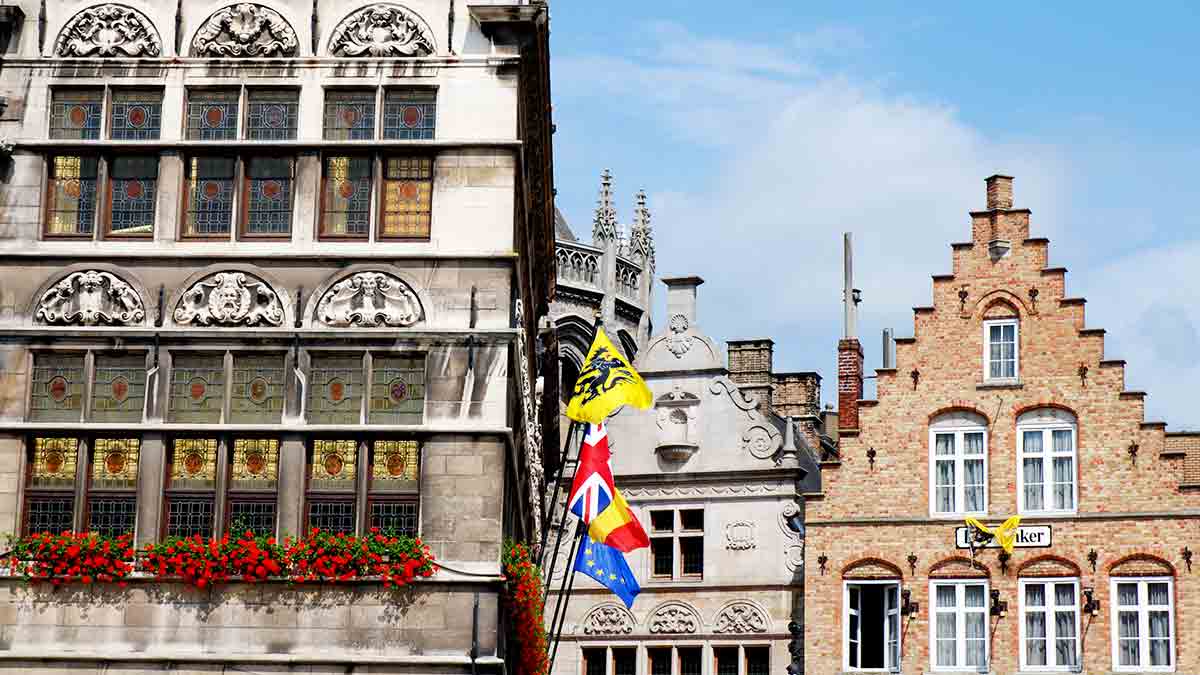 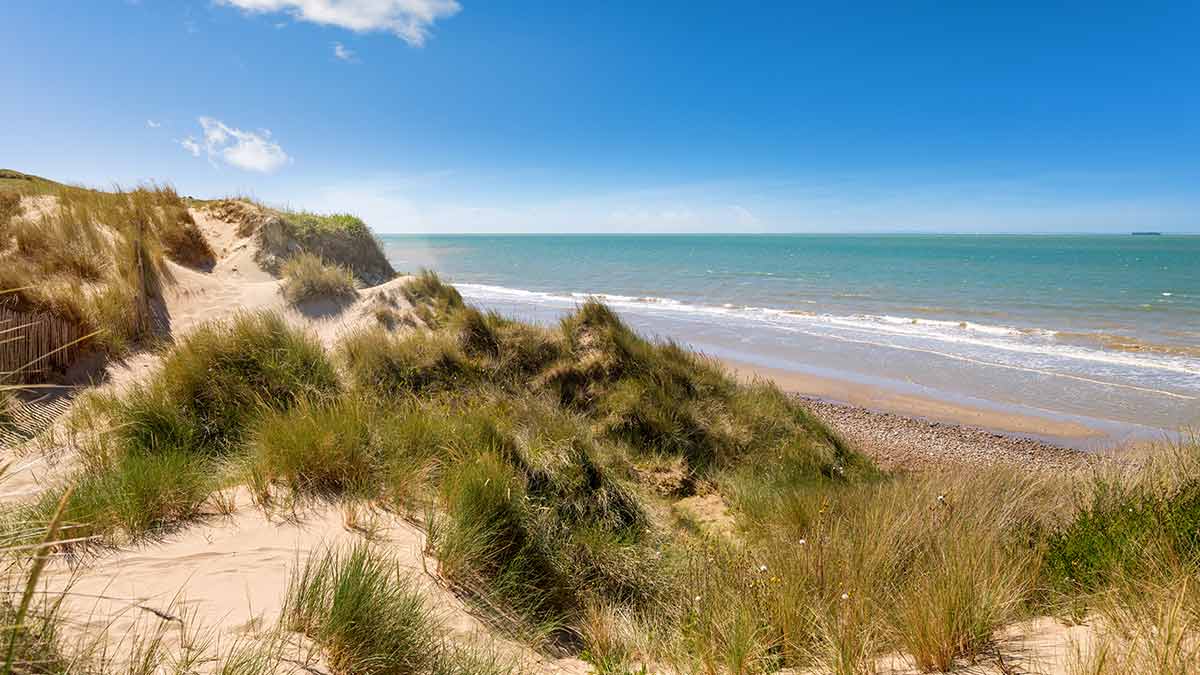